Posted on February 2 2011 by Colorado Wheat 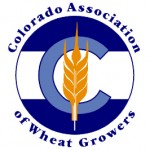 The Colorado Association of Wheat Growers (CAWG) is currently conducting a membership drive. Wheat growers around the state received a membership form and letter encouraging them to join CAWG and become a part of a strong and united voice for wheat growers.

CAWG and the National Association of Wheat Growers (NAWG) vigorously defended the 2008 Farm Bill against budget cuts and were among the few farm groups to insist direct payments remain in the 2008 Farm Bill. CAWG lobbied hard the last two years for continuation of the Conservation Reserve Program (CRP) and 96% of Colorado acres that applied last fall were accepted – showing the results of hard work by CAWG.  CAWG is strongly supporting legislation to reinstate the sales tax exemption on agricultural compounds and pesticides that was suspended by the Colorado General Assembly for three years beginning last year.

Chris Tallman, CAWG President from Brandon, Colo., said, “With November’s election, there are a lot of new legislators in Denver and Washington, DC, some who have never met a wheat farmer, and most who have only a vague idea of what we actually do and why we do it. Your membership keeps a CAWG board member in the state house and NAWG in the nation’s capitol every week to keep wheat issues present in the minds of state and federal legislators.”

This entry was posted in Colorado Wheat Blog. Bookmark the permalink.